A day without my pack and no miles logged … 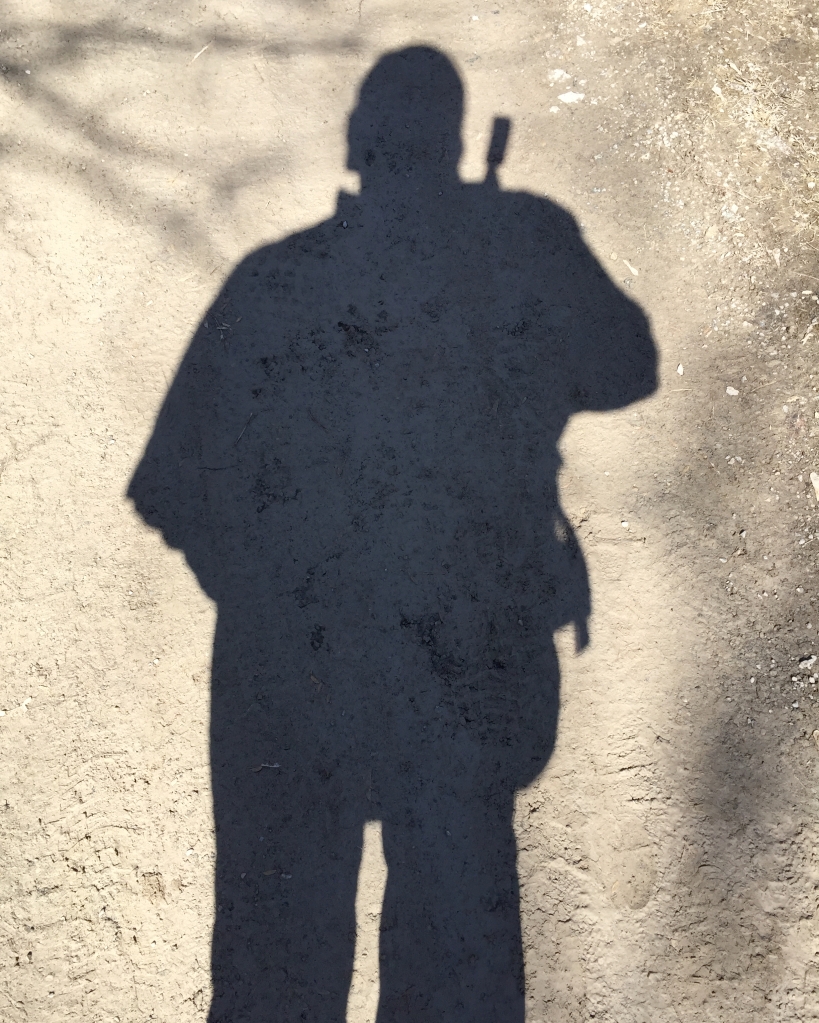 At times it’s a genuine struggle to balance the desire I have to be ‘out there, doing it, and just hiking my own hike’ with the responsibilities I have ‘being home, doing all of the things that come with home ownership, supporting a Junior at Grand Valley State University, and just living life’.

Today that struggle presented itself as I found myself helping a dear friend move all of her and her daughter’s belongings from the wooden structure in which they have lived for the last five years, to their new house and the place that they’ll now call ‘home’.

There were moments when walking up and down the ramp, in to and out of the moving truck, carrying the next item to be loaded and eventually unloaded, that I imagined myself taking that ‘next step’ on the Appalachian Trail.

How would it actually feel? Would it be as easy as they say – just putting your foot in front of the other?

There were other moments, like when it began to rain outside, as I just stopped, stood there in the grass on the front lawn of the of the house to let the cool drops of water fall from the sky and tingle on my skin when they landed.

Would it feel this refreshing when I’m climbing a hill, some 7 miles into a 20 mile day, hot and sticky all over?

There was even a moment when stopping to re-fuel our bodies with the one food choice every hiker loves and that contains most every food group – Pizza! I found myself savoring the flavors of the sauce, the texture of the never-ending stringy cheese as I took the next delicious bite-after-bite, and that unique aroma only Jet’s Pizza square slices with pepperoni, ham, and mushroom have.

I wondered if after finishing that 20 mile day, ending in a town somewhere along the trail, while stopping to re-fuel my body, would the slice of pizza I order with pepperoni, ham, and mushroom be as well earned, delicious and filling. Gosh, I hope so!

And then there was the moment, with the giant truck rented from U-Haul emptied, the rolling door pulled downward, shut, and the lever engaged to lock it, that I thought about the many steps I had taken, how it seemed as if we started the process so long ago, and how how it felt to be in that moment – knowing that I finished something so much bigger than myself.

And as I write these last words for this blog entry, I wonder how it will feel? To stand there – at the summit of Katahdin? To look out and over the landscape before me, to think about the many steps I had taken to get there, the ups and the downs, the pack on my back – the structure from which I have lived for the last seven months, where will I now call home?, the cool drops of water that fell from the sky and tingled on my skin when they landed, the many slices of pepperoni, ham, and mushroom pizza eaten, how I started the Appalachian Trail thru-hike so long ago, and how it will feel to be in that moment – knowing that I finished something so much bigger than myself?

Visit my YouTube video from Day 4 of “5 miles with a 15 lb pack” for thoughts on my continued preparation and training, along with some scenery captured while Urban Hiking …

Shout out to “OBI-JUAN” for being a supporter and believing in me!

Visit my YouTube video from Day 3 of “5 miles with a 15 lb pack” for thoughts on my continued preparation and training, along with some scenery captured while Urban Hiking …

Shout out to my Canadian Girls – Lisa Gomes and Emilie Halle … gonna miss you!